In the first part of the tutorial it was demonstrated how to perform selection of line segments (strokes) by clicking in proximity of the segment ends. Obvious disadvantage of the method is that you cannot perform the selection when the click is done in proximity to the line segment but far from both of its ends. The below figure demonstrates such a case:

According the previous tutorial, click point \(C_1\) will trigger the selection while point \(C_2\) will not. This tutorial will demonstrate how to solve this problem by finding the shortest distance between a clicked point on the screen and a line segment in 3D world.

Shortest distance between mouse ray and line segment in 3D

For simplicity we will keep the same notation for our line segment and denote its end points as \(X_1\) and \(X_2\). Keep in mind: those coordinates are in 3D global system. 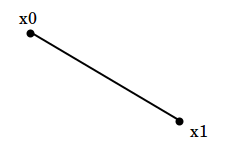 We want to calculate if the mouse ray is close enough (under some threshold) to a line segment \(X_1X_2\). I have already demonstrated how to extract mouse ray parameters from mouse screen coordinates at the ray casting tutorial. From there, we assume we are given mouse ray global 3D coordinates which were called as far and near points. We denote them as \(R_1\) and \(R_2\). 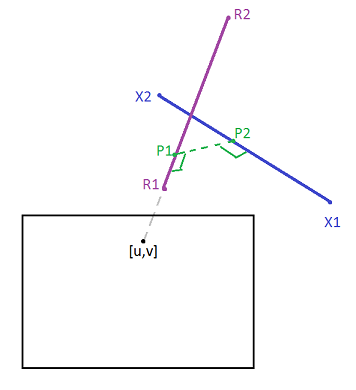 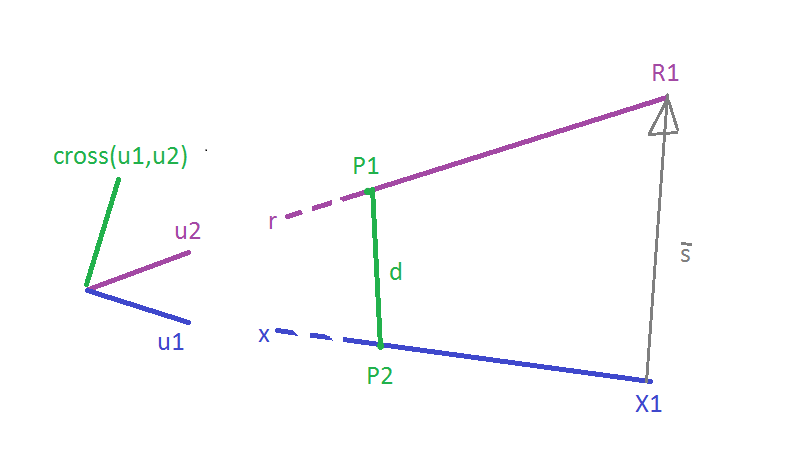 We only need to change few lines from the first-part line segments intersector. At first, we introduce a method for estimation of \(d\) when given two line segments.

Now inside the StrokeIntersector::intersect() method that we re-defined in the previous tutorial, we have to change the loop part, leaving all the rest the same:

This amendment to the earlier tutorial brings the selection of a line stroke to completion.

Check a bit more complex example - OSG intersectors where three different intersectors are presented: line, point and with a virtual plane (based on raycast algortihm). With OSG intersectors code, the fully functional line intersector is used when performing hovering over the wire in order to select it.